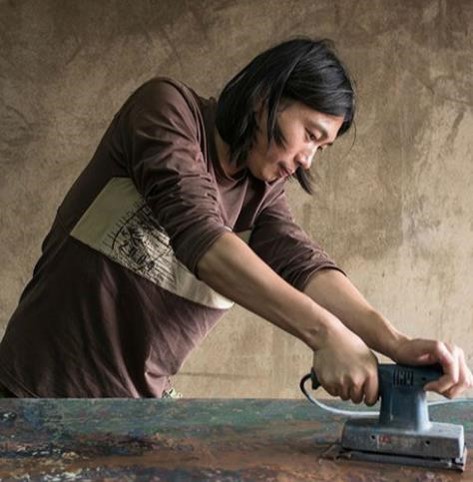 Influenced by traditional Chinese arts, Zheng Lu began calligraphy as a child and composed his first poem as a teen. After graduated from Shenyang Lu Xun Academy of Fine Arts, he completed further studies in sculpture at the Central Academy of Fine Arts in Beijing. In 2006, he was awarded a grant from the prestigious LVMH Prize, which allowed him to pursue three-month training at the École Nationale Supérieure des Beaux-Arts in Paris. With his active participation in exhibitions in China and abroad, he is rapidly rising to prominence and gaining popularity among public and private collectors.