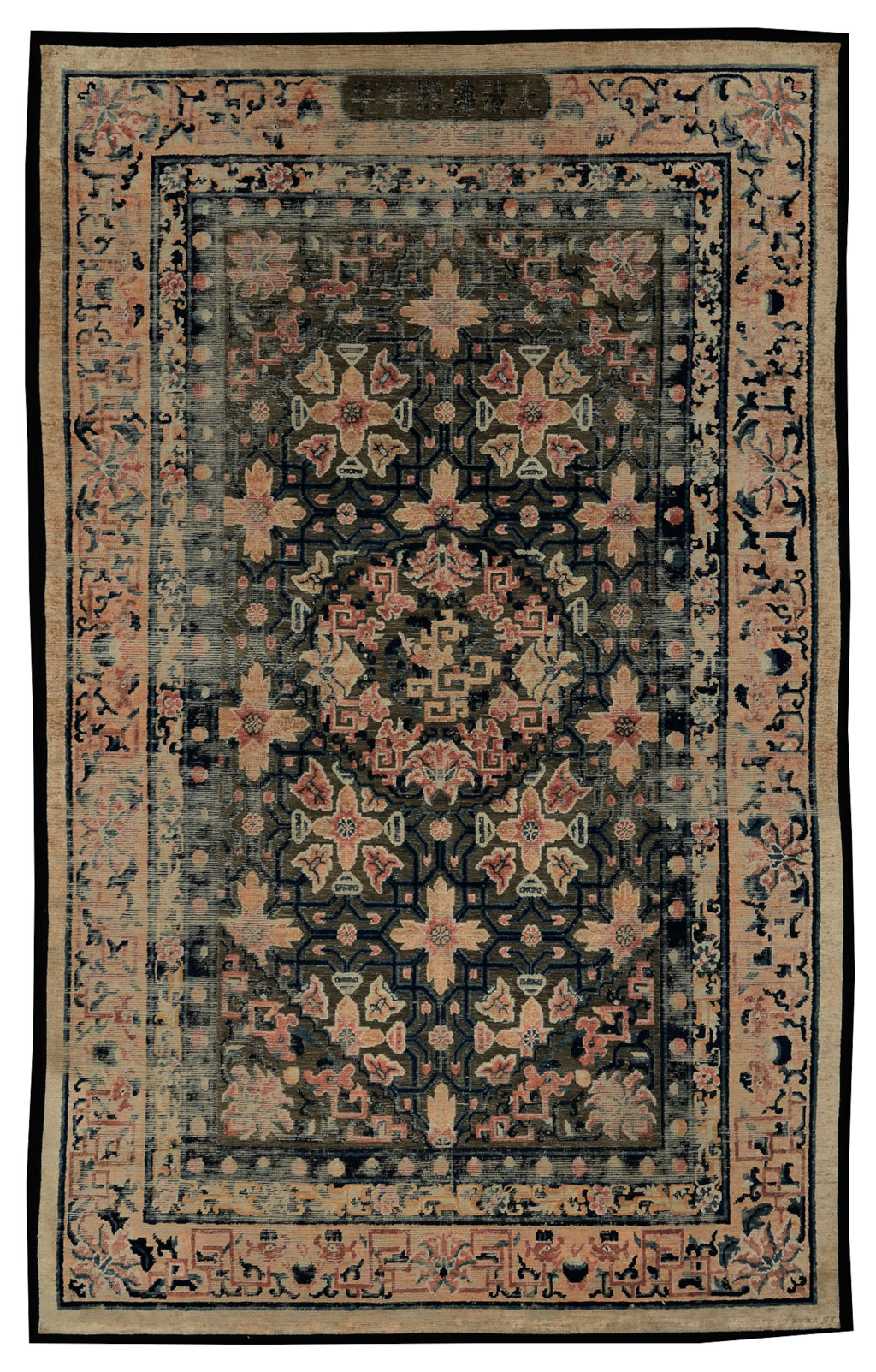 The inscription reads:
Da Qing Kangxi Nianzhi
Made during the reign of Kangxi in the Great Qing dynasty

IMPERIAL CARPETS – THE MEANING OF FLOWERS

The dominant image present in the carpet is that of the flower, symbolic of the very essence of nature. In the Chinese language, the word flower, hua “花”, is formed by the character “化”, which indicates the transformations occurring in the plant world.

Emerging from the mud, lotus flowers were a highly regarded symbol of Buddhist purity and enlightenment. Almost all the superior divinities of Buddhism are shown in the standing position or seated upon flowering lotuses.

Bodhisattvas’ feet are held up by a lotus in memory of the legend that flowers bloomed at every step taken by Buddha; enlightenment is thus associated with a carpet of flowers. A carpet bearing the lotus flower motif becomes in itself a transcendent vehicle between earth and heaven.