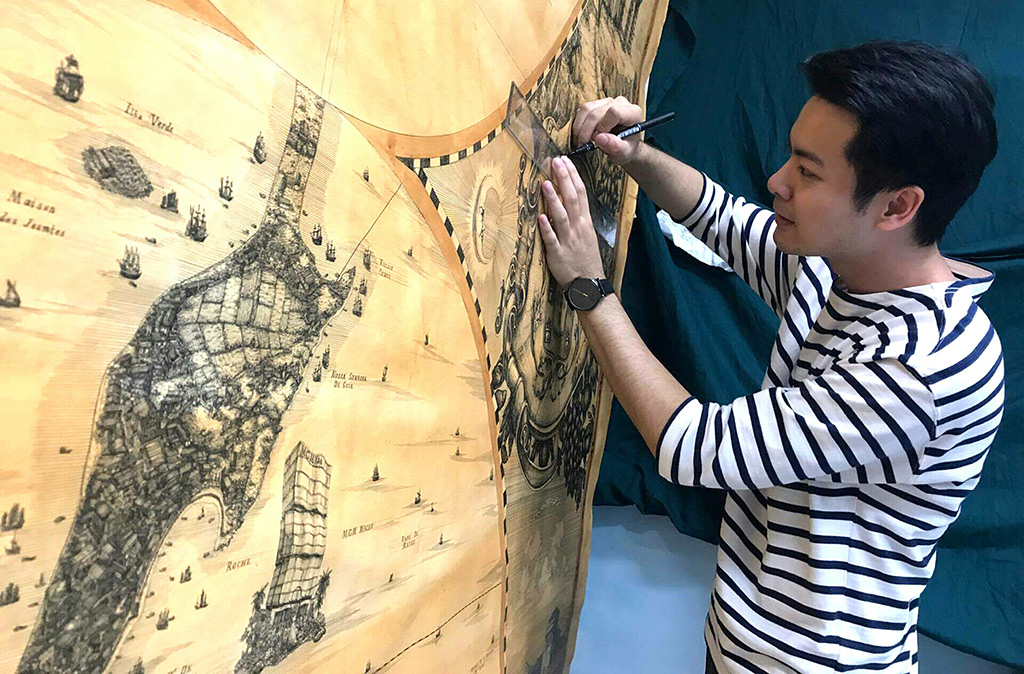 Born in Macau, Eric Fok was graduated from Macao Polytechnic Institute majoring in Visual Arts. Since university era, he has been working in the Educational team of Macao Museum of Art, and actively participates in ART ZONE promotional works. The Paradise series was selected to showcase in the Bologna Illustration Exhibition 2013, and has been touring in New York, Italy, Japan, Mainland China, Hong Kong, Macao and Taiwan. His works are also collected by Museum of the Orient in Portugal, University Museum and Art Gallery in Hong Kong, Macau SAR, as well as the Macau Museum of ArtOriente Foundation.