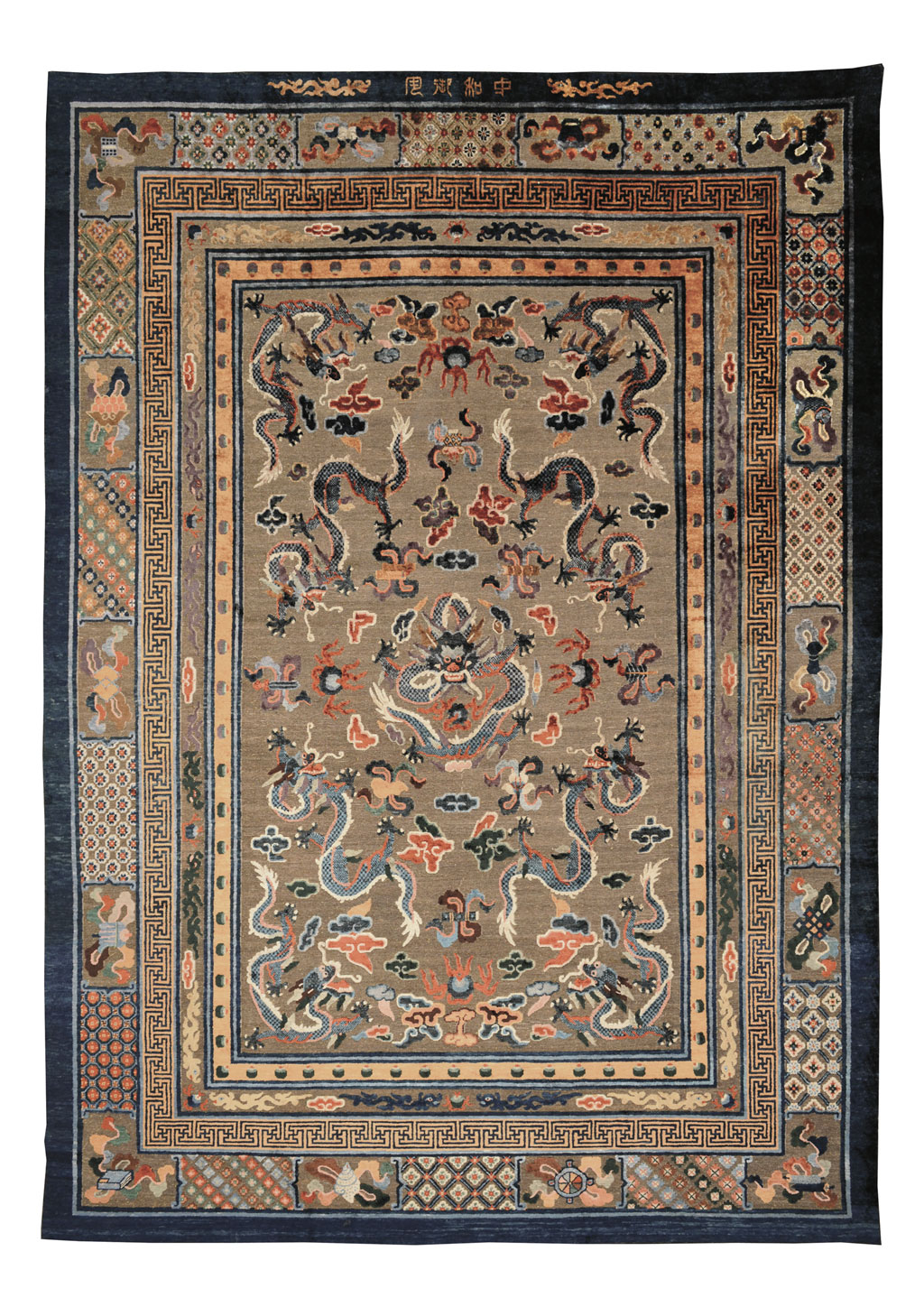 Excellent condition,
faded colors in a small area on the second border

The inscription reads:
Zhonghe Yuyong
Made for the Hall of Central Harmony

More from this artist